This brisk, swing tribute to the great tenor saxophonist Lester Young is a collage constructed from fragments drawn from Lester’s improvised solos.

This brisk, swing tribute to the great tenor saxophonist Lester Young is a collage constructed from fragments drawn from Lester’s improvised solos.  Bursting with rhythmic vitality, the piece requires crisp and incisive playing.  Inevitably a feature for the Tenor Saxophone but also Drums and Piano.  The finale features group improvisation from the front line over a repeating percussion figure building to a thrilling climax with a surprise ending! 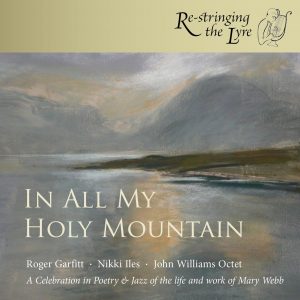 This poem imagines the moment Lester Young first hit the scene in his own right after the years playing in his father’s band, The New Orleans Strutters. He took risks and opened up new possibilities for the tenor saxophone, drawing on all the music he had come across as a touring musician and listening avidly to records.  He had a particular love for Bix Beiderbecke and Frankie Trumbauer. Trumbauer played the C-melody sax, which had a range between the alto and the tenor, and Lester explained, “I tried to get the sound of a C-melody on a tenor. That’s why I don’t sound like other people.”

Lester Young had many eccentricities, one of which was his love of rolling dice. As soon as the Basie bandbus set off, he would be up and down the aisle, shaking the dice and trying to get everyone to play with him. But as everyone knew, he didn’t have the touch on the dice he had on the tenor. By the time they reached the first venue, Lester would be skint and the band would have to support him for the rest of the tour.

I am delighted that ‘Prez’s Boogie’ fits with ‘Young Lester’ so well, enabling me to alternate with the tenor and deliver the poem in two 12-bar breaks. We perform it as part of Presences of Jazz, which tells the story of jazz from its beginnings in New Orleans to the world-wide music it is today. Working with John Williams’ fine Octet has been one of the highlights of my life as a poet and I am pleased that the other show we do, In All My Holy Mountain, which celebrates the life and work of Mary Webb to a score by Nikki Iles, is now available on CD from www.restringingthelyre.wordpress.com